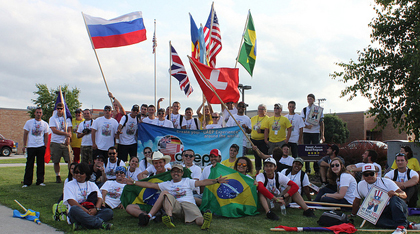 CAEP invited its J1 visa interns, trainees, and hosts together for a weekend of camping, music, food, and new friends.

The first day of festivities featured a photo booth, games, music, dancing and dinner.Attendees followed the fun the next day to the town of Ashby, Minnesota which held its annual Ashy Appreciation Day. The celebration included a 5k walk and run in the morning, a picnic in the park, parade, and street dance.

CAEP Fest’s priority is cultural exchange: American hosts learn from participants just as much as participants learn about American culture.