Discovering the Beauty of Many Cultures 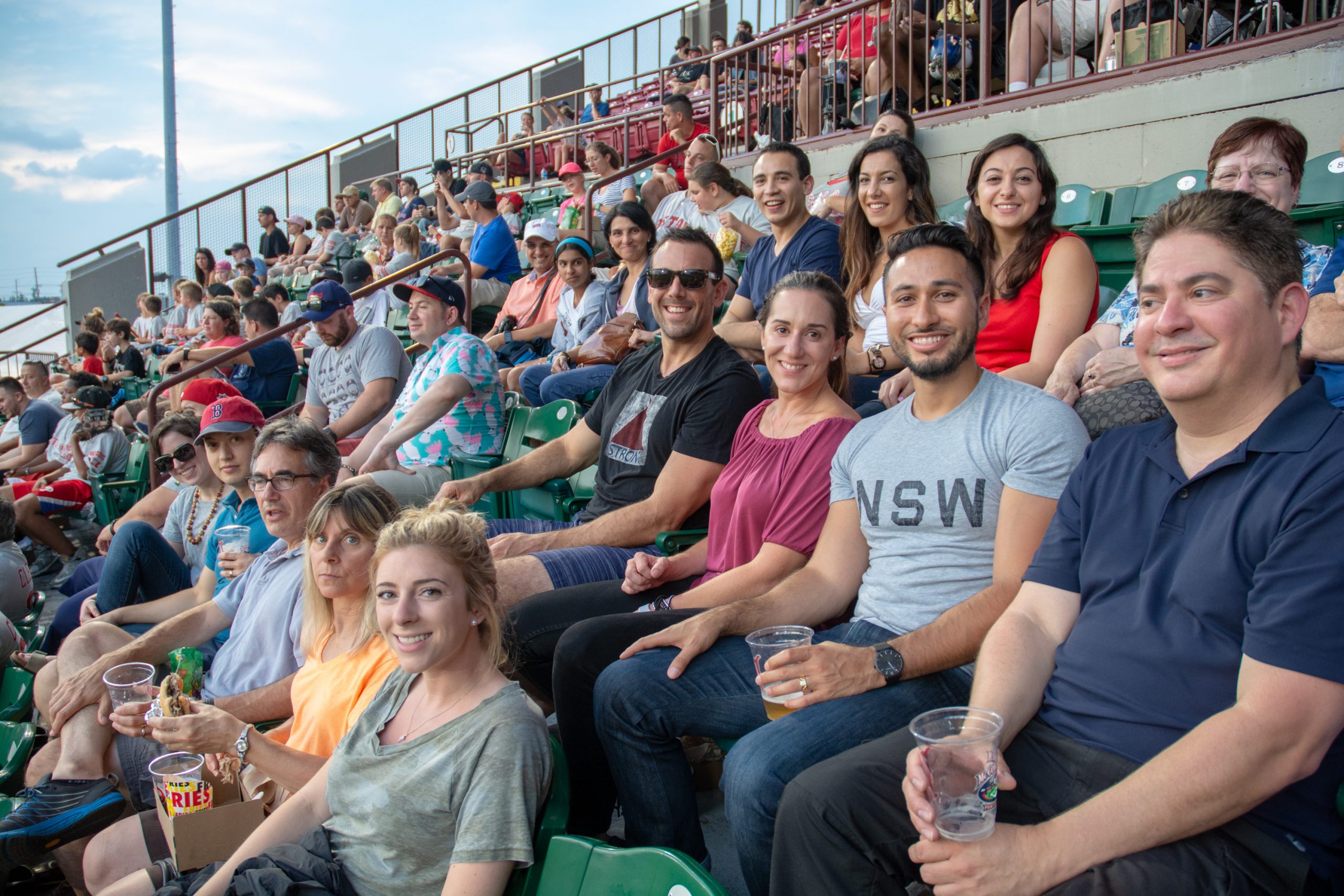 Joelle’s first live baseball game; the annual Pawsox night at the McCoy stadium is a traditional event in her Radiology program. In this photo fellow residents, fellows, administrative staff, attending physicians and their families enjoying the sun, snacks and a great score for the Pawsox.

I’m from Lebanon. I left home to be part of the Exchange Visitor Program to pursue my specialization in Radiology. So far my extracurricular experience has been very enriching. I’ve had the chance to participate in multiple events, gatherings and activities with my fellow residents and other colleagues at the medical center. Being part of UMass Radiology has given me the chance to experience events such as the Fourth of July, Memorial Day, Martin Luther King Jr. Day, celebrate Thanksgiving etc… Also I visited multiple museums such as the Field Museum of Natural History in Chicago and did not miss to climb the skyline and visit the bean, spent a whole day at the National Museum of Natural History in Washington DC and then enjoyed a walk by the Potomac River. My classmates and I went to the Art Museum of Worcester with one of our mentors in Radiology. 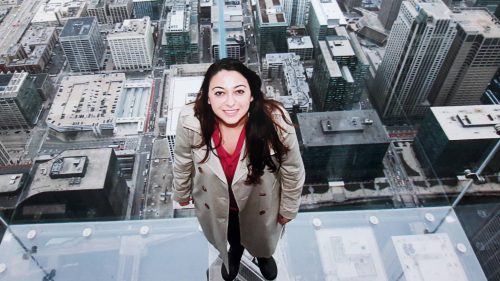 Visiting Chicago during the annual RSNA meeting. The view from the skyline was magnificent.

Not only have I experienced a part of the American culture but also had the chance to explore a multitude of fascinating cultures through colleagues and friends from other foreign countries including India, Mexico, Colombia, Brazil, Puerto Rico, South Korea, China, Vietnam, Poland, Germany, Albania, Turkey, Russia, Pakistan and Greece. I’ve discovered the original history behind Cinco de Mayo, tasted authentic Colombian food and coffee, learned to dance the Samba, discovered how beautiful San Juan still is despite the disastrous hurricane, tasted mouthwatering bimbimbap and discovered that I don’t fare very well with soy based foods but love ramen and pho bowls. I discovered that a lot of Vietnamese citizens speak French like I do. I danced to Polish music while enjoying a variety of kielbasa sausages with my friends, went out to celebrate Oktoberfest with my colleagues including my German chief resident who taught us about the real Bavarian history behind it. I learned a few words in Shqip as I was surrounded by Albanian colleagues during my intern year. One of my new friends who’s Indian was celebrating Diwali so we all did too and shared a dinner made of vegan samosa and vegetable curry finishing off with an aromatic blend of Masala chai and a Bollywood classic with all the colorful dances. I discovered so many cultural similarities between us Lebanese nationals and Turkish as well as Greek culture. We all shared baklava, loukoum, white cheeses, kunefe, shawarma with many differences in the recipes, the concept of generosity and welcoming the others to our homes, a similar sense of humor even some common words. Finally, I’ve acquired a fourth language ever since I moved here, Spanish which I have been learning with a wonderful app and the help of my friends from Mexico and Puerto Rico even though they have very different accents. 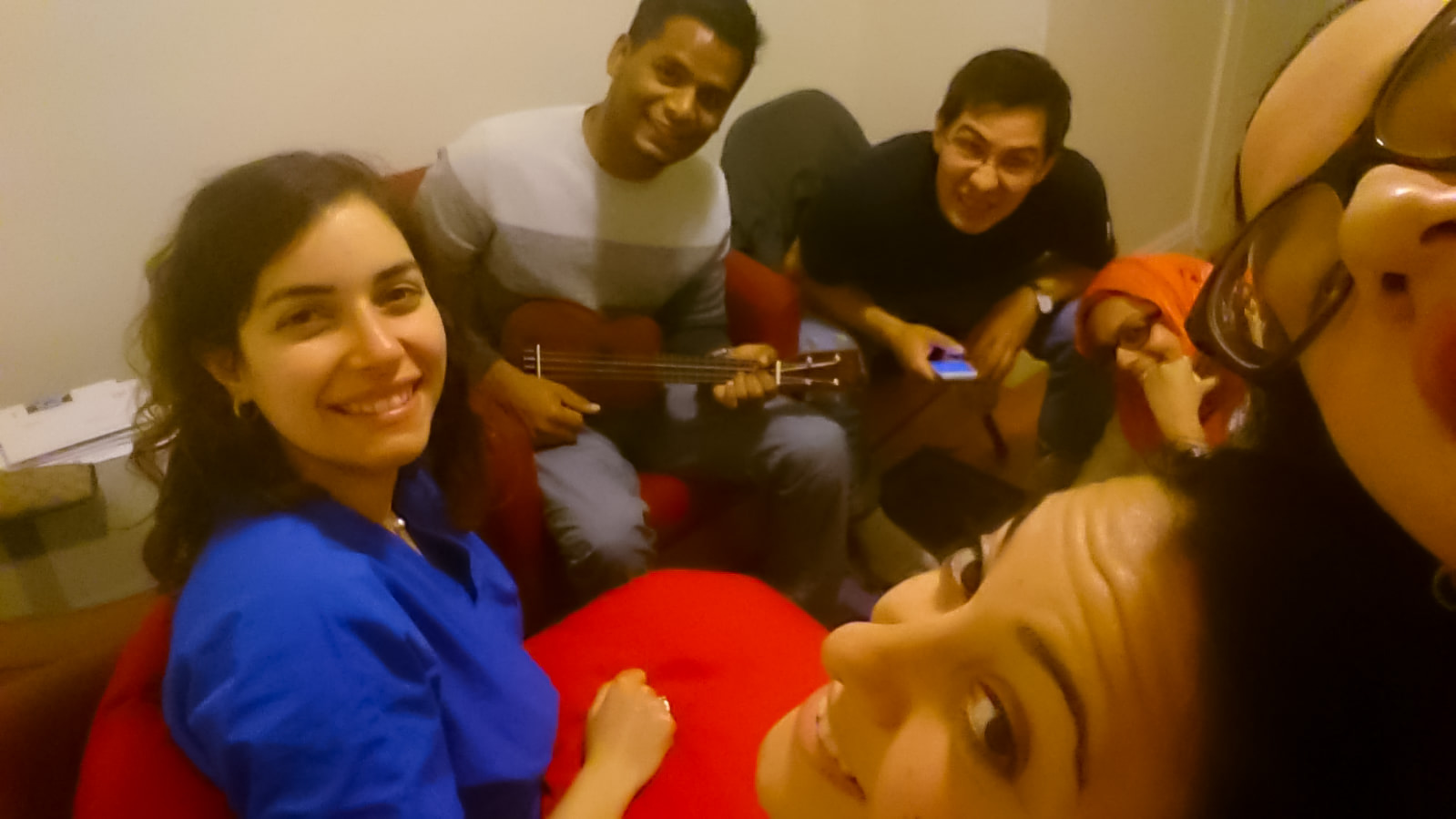 It’s been an enchanting journey so far. I feel blessed to be able to achieve my dream of becoming a Radiologist with the cherry on top, discovering the beauty of many cultures but most importantly how much we human beings are alike despite the differences.