Au Pair Finds Herself on Route 66

By Joanne Hritz, Director of Marketing at AuPairCare

A version of this story was originally published on AuPairCare 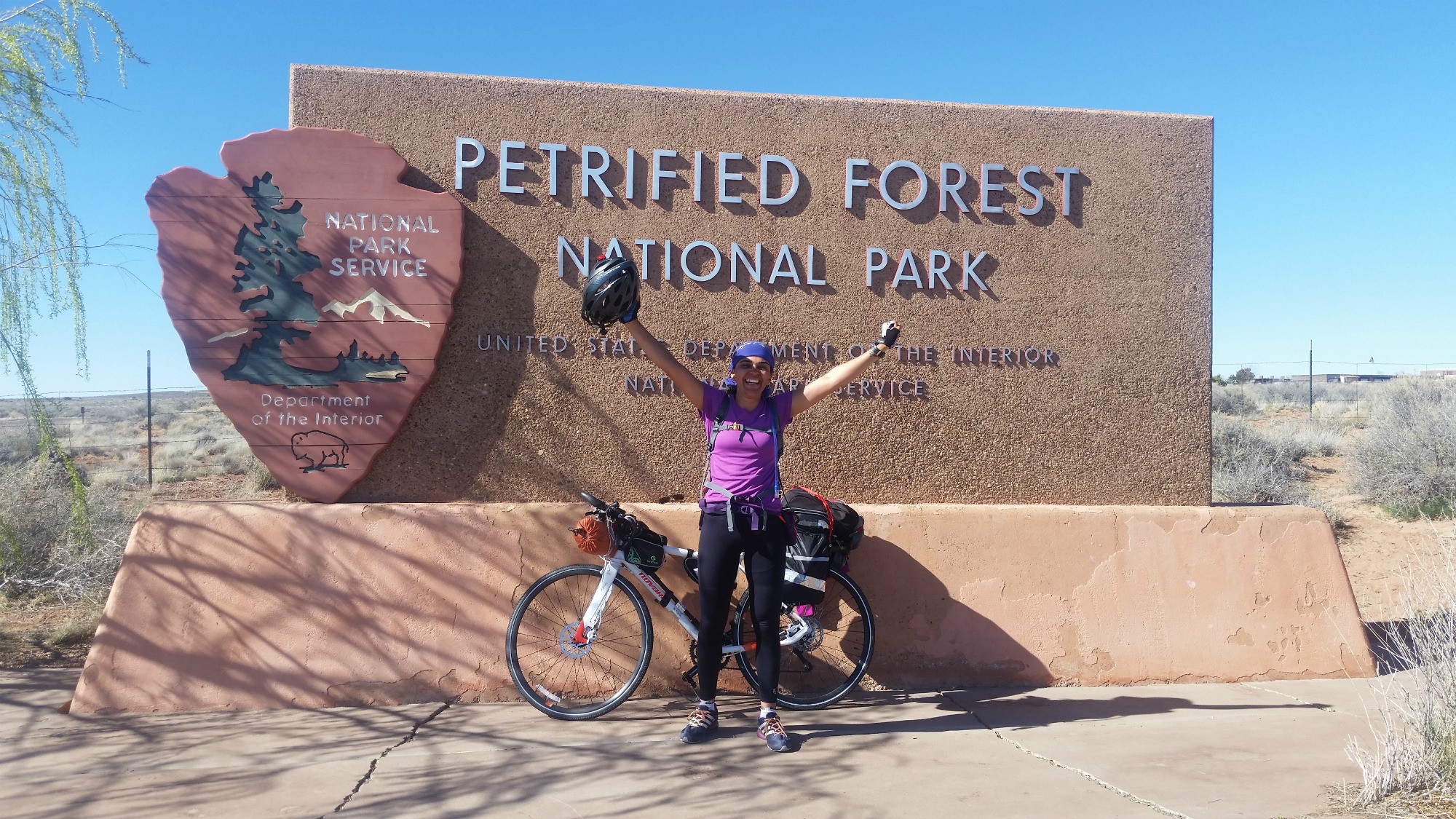 As if leaving her family, friends and her familiar life in Brazil to come to America as an au pair wasn’t adventurous enough, au pair Tamires also decided to take on the challenge of a solo cycling trip through Historic Route 66! 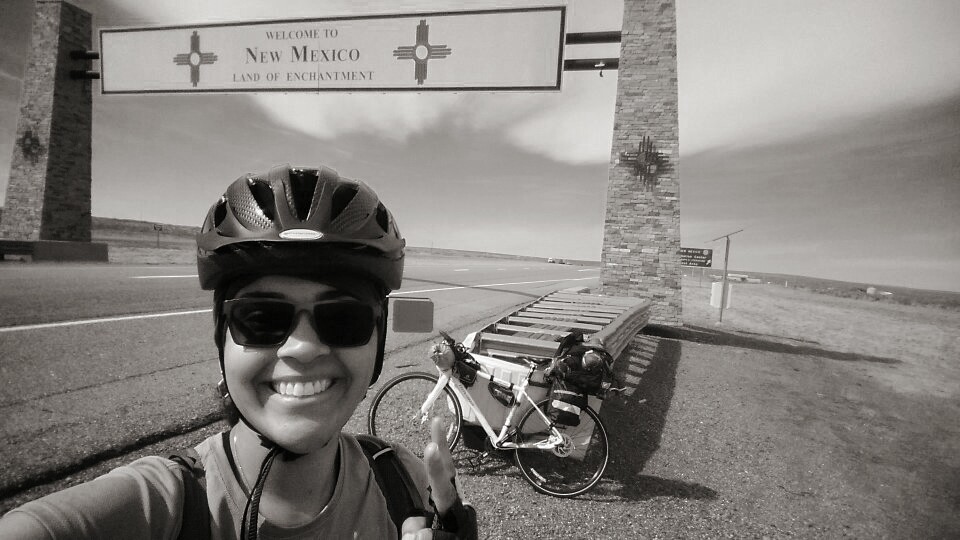 From its golden days in the 1930s, to the decline in the 1960s and the resurgence in recent years, Route 66 has always had a prominent spot in popular culture. Known also as the ‘Main Street of America,’ it was built in 1926 and was one of the original roads within the U.S. Highway system.

‘Traveling Route 66 was always a dream I had on my bucket list. I just didn’t know that I’d do it by bicycle! When you have a dream, you have to make it a reality according to your circumstances,” shared Tamires. In fact, her quest for adventure and new experiences is part of what led her to join the au pair program in the United States. 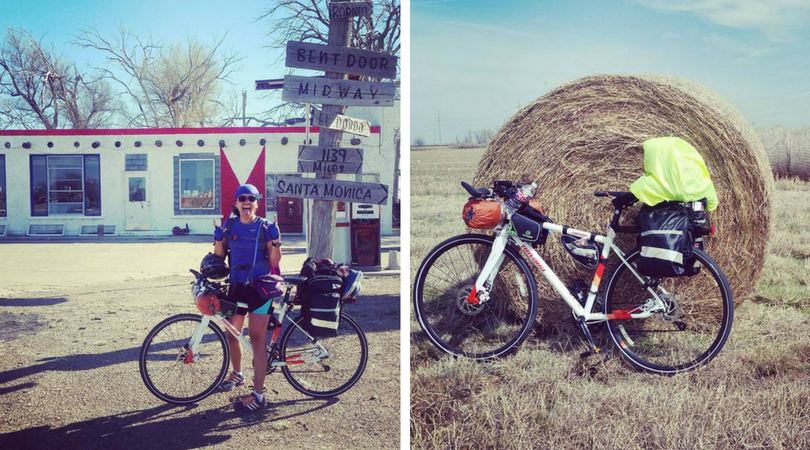 Left: Tamires in Adrian, Texas – the midway point of Route 66
Right: Tamires props her bike against a bale of hay at one of the rest stops along Route 66

After months of planning, Tamires set out on her journey, equipped with her bike, backpack and camping gear to ride from Texas to California. Throughout her 20 days on the road covering 1,740 miles (2,800 km) she camped in the middle of the desert, in rest areas, and even in people’s backyards! In fact, after hearing her story many people invited to host her in their home and would even get up early to cook her breakfast before she set off for her next day of riding. 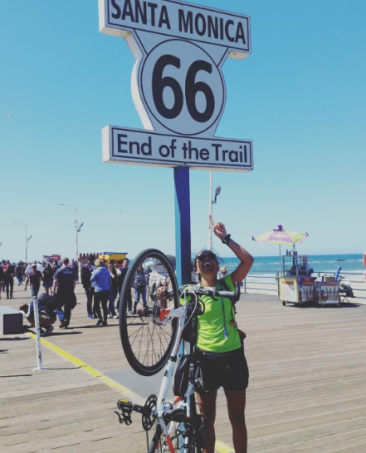 Tamires celebrating in Santa Monica, California for reaching the end of Route 66

“I met a lot of nice people while I was cycling. Real people with real stories.” She rode through all types of weather, but never let fear stop her. “You have no idea. All the beauty that I saw and the feelings that I had…it’s the journey. When you’re on top of the mountain, you realize that you’re so insignificant, but at the same time, you have a strong feeling inside of you called freedom,” added Tamires.

Tamires spent her time as an au pair for a family with three young ones in Texas and loved her experience in the United States, saying “the joys of life come from our encounters with new experiences, and I love the journey!”