Seeing America through the Eyes of an Exchange Visitor 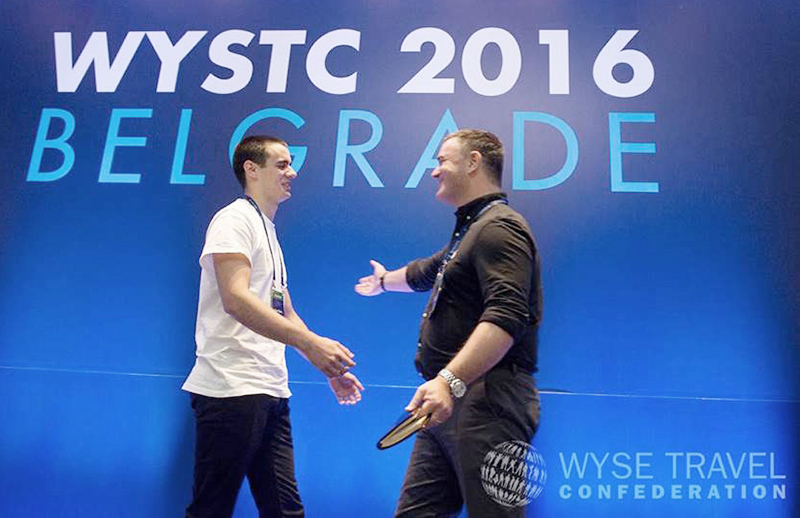 Life-defining moments are always unforgettable.  For Vanja Dokic, a third year hospitality and tourism student, that pivotal moment happened almost a year ago. The decision to volunteer at the annual World Youth Student Travel Conference (WYSTC) last year in his hometown of Belgrade, Serbia, determined his destiny.  After seven days at the conference, interacting with people with diverse backgrounds from all over the world,Vanja made up his mind that his professional calling would in the hospitality and tourism industry. But never did he imagine that the decision to participate in WYSTC would lead him to what he describes as a “once in a lifetime opportunity” to go to the United States.

Was it serendipity that led to him down the happy path of destiny?  Perhaps.  But determination and drive were more likely the reasons Vanja stood out from the more than 30 WYSTC volunteers who were eligible to win a year-long internship in the United States.  Vanja walked away with the ultimate prize – the chance to work and live in America, a place he describes with awe as, “one of the best countries in the world and a land of possibilities.”  Vanja says the experience will be “life-altering” for him.  Like hundreds of thousands international students who come to the United States each year to work, travel and learn, Vanja is now living a dream. Due to school conflicts he was unable to accept the yearlong internship, so he’s participating in the Summer Work Travel program, which works better with Vanja’s academic schedule. 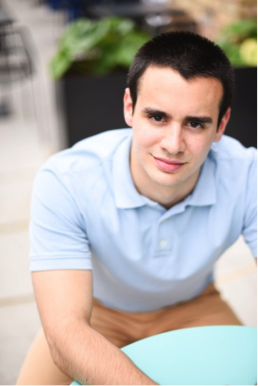 In a series of informal interviews, we asked Vanja about what the opportunity means to him and how he expects it to affect his life.  Vanja said it confirmed his commitment to a professional calling.  He’s absolutely certain after attending WSTC, that a career in hospitality and tourism is what he is cut out to do.  It’s apparent to anyone who spends time with Vanja that he also has what it takes.

What strikes you about Vanja is his drive, passion and focus.  He’s very serious, dedicated, educated and articulate, and he’s really, really eager to marry his passion for people with a career.  He’s excited about working in a trendy Cherry Creek hotel in Denver, Colorado. Vanja views his role as a pool attendant as an opportunity to enhance the guest experience by attending to customers’ needs, “in the most courteous manner.”  Being a pool attendant in America is an honor and great experience for him. Vanja hopes his interactions with guests will make their experience more memorable. He’s certain that it will for him.

He says the work experience is going to give him a chance for practical application of his formal education.   “This experience is not just going to make an immense impact on my career,” Vanja tells us, “it’s going make an impact on my life in a really positive way.” The program and all it brings, he thinks, will help in all his future endeavors. 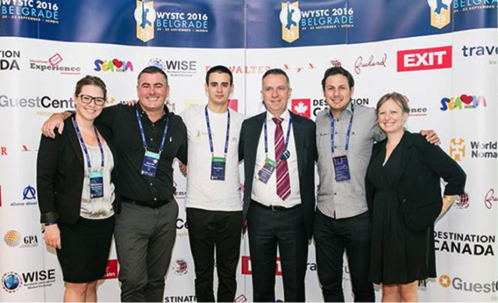 He’s impressed and a little enthralled by America and admires the fact that “people from all over the world come here to be accepted and begin something new.”  He understands the global attraction for people who want to work, live and start a family here.   Vanja will spend four and half months in the United States working, and hopes that after his work program, he’ll have some time to travel and explore.

What else is on the horizon for Vanja?  Well, on his “must see, to do list” are some our nation’s highlights- Mt. Rushmore, The Grand Canyon, New York City and Chicago.   “America is a big and very, very beautiful country,” he says with noticeable reverence.

It’s refreshing to see America through the admiring and appreciating eyes of a foreign visitor.  Listening to Vanja speak of this country and all that it offers, makes you feel proud to be an American.  It’s good to know that the ideals and values that this country stands for are spreading to far parts of the world through young, passionate people like Vanja. That values of inclusion, diversity and opportunity can do a lot to positively influence other parts of the world.